You are here:
Engineering NewsLocal Economy 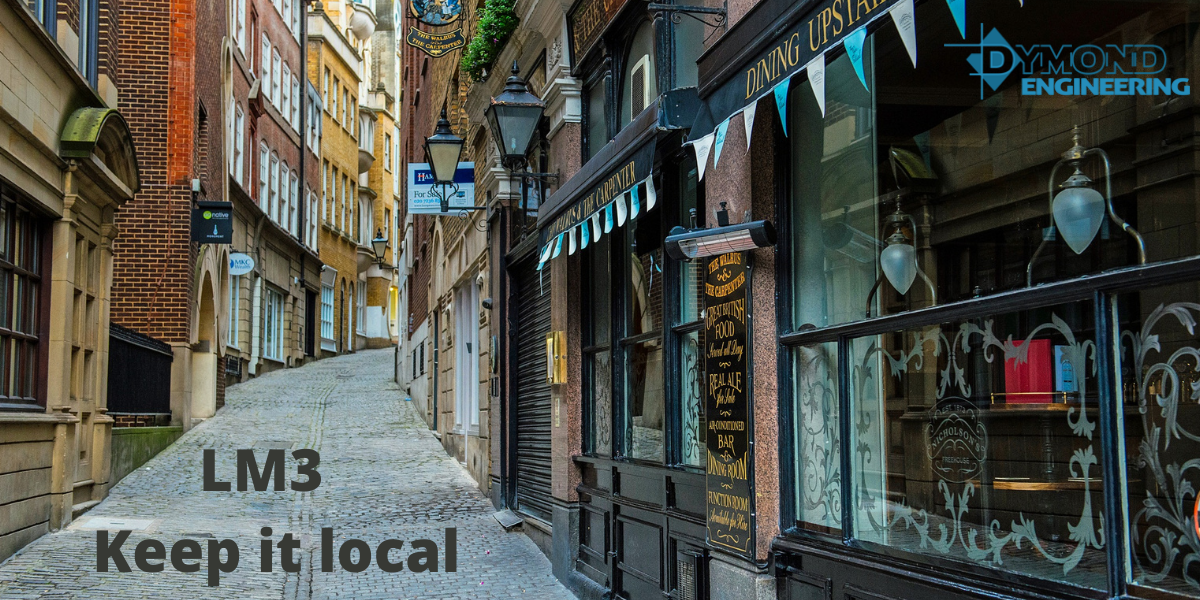 Passionate supporters of our local economy.

At Dymond Engineering we are vocal about UK business and bringing manufacturing back to Great Britain through re-shoring. We are also passionate supporters of our local economy. Dymond always employs and buys locally whenever possible. Although we know it’s the right thing to do, any positive financial impact has been largely “gut feel” until now.

I recently read a great report generated by the New Economics Foundation (NEF) called The Money Trail. It explains clearly, and with worked examples, how to make the invisible financial impact, visible. Or to put it another way – how to attribute a metric to the benefits of keeping it local.

Over the next few months, I am going to work out how many people locally have blue fingers thanks to Dymond and also what our Local Multiplier 3 (LM3) index is. If you want to understand how much “keeping it local” is worth to your economy, the following pull outs from the report will explain further.

“The problem is not necessarily that too little money flows into a neighbourhood. Rather it is what consumers, public services and businesses do with that money. Too often it is spent on services with no local presence, and so immediately leaves the area.”

Moving away from our bucket for a moment and onto the blue fingers I mentioned earlier. Smear a coin with non-drying blue paint and watch it move through a community. Everyone who touches the coin will get blue fingers. As the same pound coin is spent locally over and over, more fingers touch it and turn blue. The really great thing is that re-spending money within a community has the same effect as bringing in new money. It keeps the bucket fuller for longer.

NEF have devised a means to count these blue fingers giving an indication of the financial functioning of a local economy. The devil will, of course be in the detail of each community and how people and organisations within them spend their money. But the following excerpt show the theory behind LM3.

How understanding LM3 can help other communities

Initially I worried that the LM3 tool would discourage connections outside a locale, but actually, it is about increasing local links to maximise the use of all incoming investment. In turn, this will make the community richer and so better able to buy items or services that are not available locally.

When budgets are tight, having this tool at your (blue!) fingertips could strengthen your case to the Board, or to the Bank, or even to Local Government to persuade them to spend more money locally, even if cheaper alternatives are available elsewhere. This initial investment will give greater financial benefits to the local economy, not just in the short term but in the medium to longer term too.

This link, shows the paper in full. It goes into much more detail – and also gives a useful how-to guide with timings!